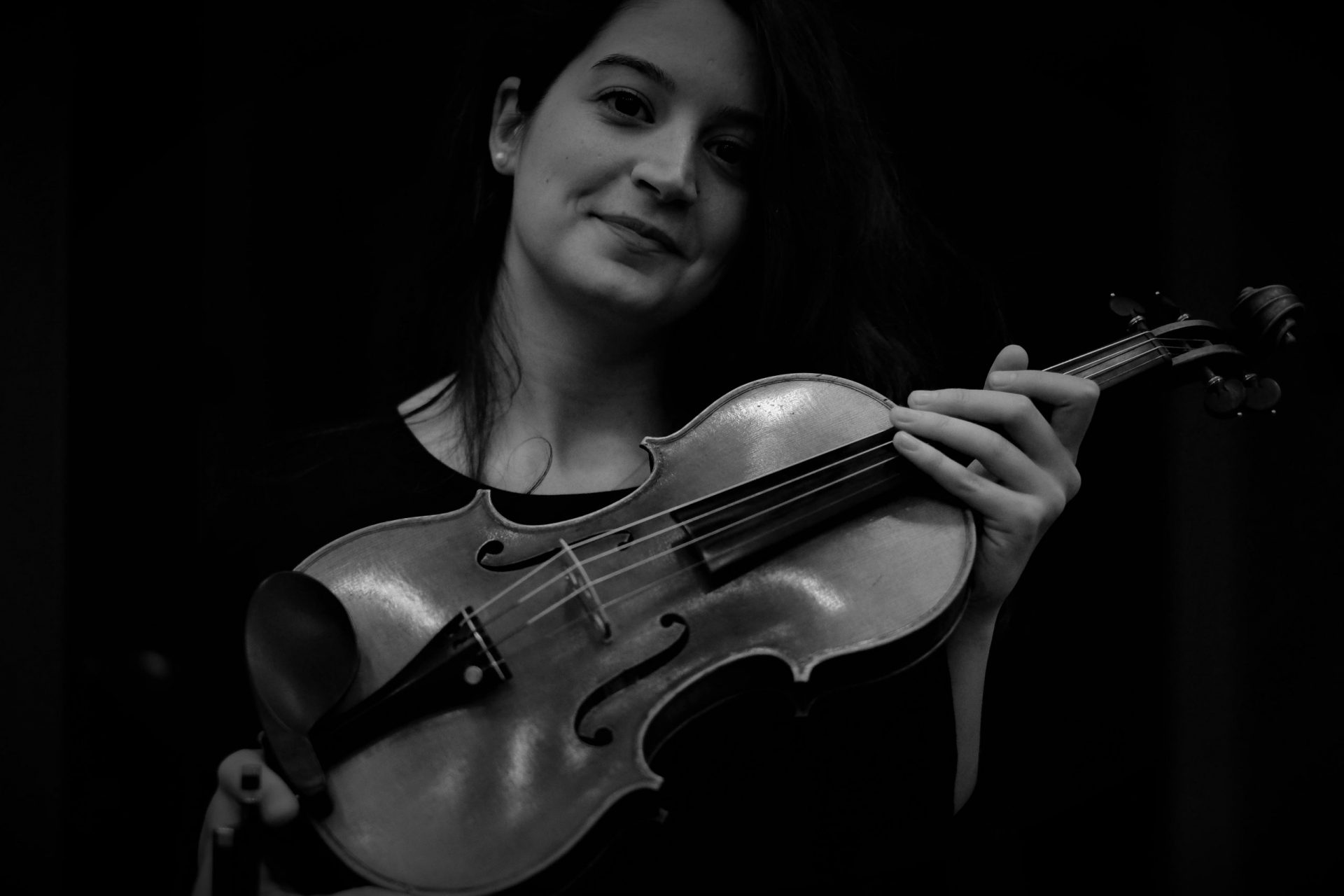 Turkish violinist Bensu Ünsal started playing violin at the age of ten. In 2003 she entered Hacettepe University Ankara State Conservatory in the class of Prof Cengiz Özkök. She went to the Academy of Performing Arts in Prague as an Erasmus student and studied with Pavel Hula and Prof Jiri Tomasek. Taking part in various solo, chamber and orchestral concerts during her stay in Prague, she returned to Ankara to finish her Bachelor’s Degree and graduated in 2014 with a high honours degree.

During her training, she studied with violinists such as Mario Hossen, Ariadne Daskalakis, Berent Korfker, John Gilbert and Julide Yalçın Dittgen and she has appeared in many concert halls and festivals throughout the world, including Bozar Brussels, Debussy Festival Birmingham, Orpheus Summer Academy Vienna.

Bensu graduated with a masters from the Royal Birmingham Conservatoire in 2018. She studied with Pavel Fischer with scholarship and supported by Doğuş Group Ayhan Şahenk Foundation.

She is currently studying with Prof Mario Hossen at New Bulgarian University Sofia and works as a member of Bursa Regional State Symphony Orchestra.